The Waitaki Wonderland is full of fabulous places and creatures.

A seven-metre-long plesiosaur was found in a massive concretion
(boulder made of hardened mudstone) at Matakaea/Shag Point and is 70 million years old!

Rock detectives in our own backyards - what can we find and what rocks are they?


The geological story of Oamaru

Here in Waitaki, we are surrounded by beautiful hills and mountains, bordered on the east by the vast Pacific Ocean. Did you know that the Ocean has played a huge part in the formation of the coastal hills and plains? As people wander the streets of Oamaru, fascinated by the heritage and beautiful buildings, many are unaware they are surrounded by the fossil remains of ancient water creatures, the Diatom. So what is a diatom? Lets take a closer look...

A 4.9 Mkm2 region of the southwest Pacific Ocean is made up of continental crust. The region has elevated bathymetry relative to surrounding oceanic crust, diverse and silica-rich rocks, and relatively thick and low-velocity crustal structure. Its isolation from Australia and large area support its definition as a continent—Zealandia. Zealandia was formerly part of Gondwana. Today it is 94% submerged, mainly as a result of widespread Late Cretaceous crustal thinning preceding supercontinent breakup and consequent isostatic balance. The identification of Zealandia as a geological continent, rather than a collection of continental islands, fragments, and slices, more correctly represents the geology of this part of Earth. Zealandia provides a fresh context in which to investigate processes of continental rifting, thinning, and breakup.

The North Otago region of the South Island of New Zealand is well known for its volcanic deposits, including, the Boatmans Harbour Pillow Lava and the Kakanui Mineral Breccia which have had notable interest from geologists since the late 1800’s.

A portal for geoscience webmaps and information on the Te Riu-a-Māui / Zealandia region.


Geogastronomy in the Waitaki Whitestone aspiring Geopark: A snapshot of sector perspectives on opportunities and challenges

Introduction to the Waitaki Whitestone Geopark

Welcome to the Waitaki, formed under an ancient sea and built on the remains of prehistoric creatures from a vanished world. We are connecting people to the 80 million year long story of Waitaki and wider Aotearoa New Zealand.

Our story begins with Gondwana a southern supercontinent that broke apart into new lands near the end of the age of dinosaurs. One of these fragments was Zealandia - 'the 8th continent' and the foundation of modern Aotearoa New Zealand

Read the Geogastronomy magazine and get inspired by our fabulous local producers and restaurants.

Main application and summary document of all that the Waitaki Whitestone aspiring Global Geopark stands for.

Bordered by the Southern Alps to the west, the braided Waitaki River to the north, and spectacular sea cliffs on the eastern coast, Waitaki’s diverse geology preserves key components of Zealandia’s geologic history.

This Annex contains a supporting letter from the New Zealand UNESCO commission as well as explicit endorsements from national, regional and local authorities, including government departments and regional councils. Also included are endorsements from partners and supporting organisations, Mayors of neighbouring districts and Waitaki businesses and associations.

Full map with marked Geosites and other aspects.

The following is a selective bibliography highlighting international, historically important and/or widely cited publications. A complete bibliography of Earth Science research undertaken within the Geopark boundaries is available on our website.

Our story begins with Gondwana a southern supercontinent that broke apart into new lands near the end of the age of dinosaurs. One of these fragments was Zealandia - 'the 8th continent' and the foundation of modern Aotearoa New Zealand.

This supplementary Annex contains more detailed information about each of the Waitaki Whitestone Aspiring Global Geopark geosites. Here we have also included sites that we assessed as containing geological features that support our geosites and help tell our Geopark story. More information about our site assesment process can be found in Annex 9.

The Waitaki Whitestone Aspiring Global Geopark is fortunate to have 42 unique geosites that offer diversity in site types and visitor experience.

Valley of the Whales by Bill Morris


Waitaki: Water of tears, river of power by Simon Bloomberg

What is particularly fascinating about this international craze for slide acquisition was the importance of Oamaru with its rare access to diatomite, a type of geological deposit 35 million years old packed with a vast variety of microscopic silica skeletons from various undersea organisms.


What is a Significant Natural Area?

Max Crowe, Biodiversity Advisor for Waitaki District Council, explains what is a Significant Natural Area in the District Plan Review.


How the Earths works

Continents move. Glacial cycles come and go. Mountains spring up and erode away. We live on a planet that is constantly in motion-except we see it in extreme slow motion. In this exciting course of 48 half-hour lectures, you effectively speed up the action to witness the history of our planet unfold in spectacular detail, learning what the Earth is made of, where it came from, and, above all, how it works.


The missing continent it took 375 years to find

It took scientists 375 years to discover the eighth continent of the world, which has been hiding in plain sight all along. But mysteries still remain.


Hills of Promise by Stephanie Chamberlin 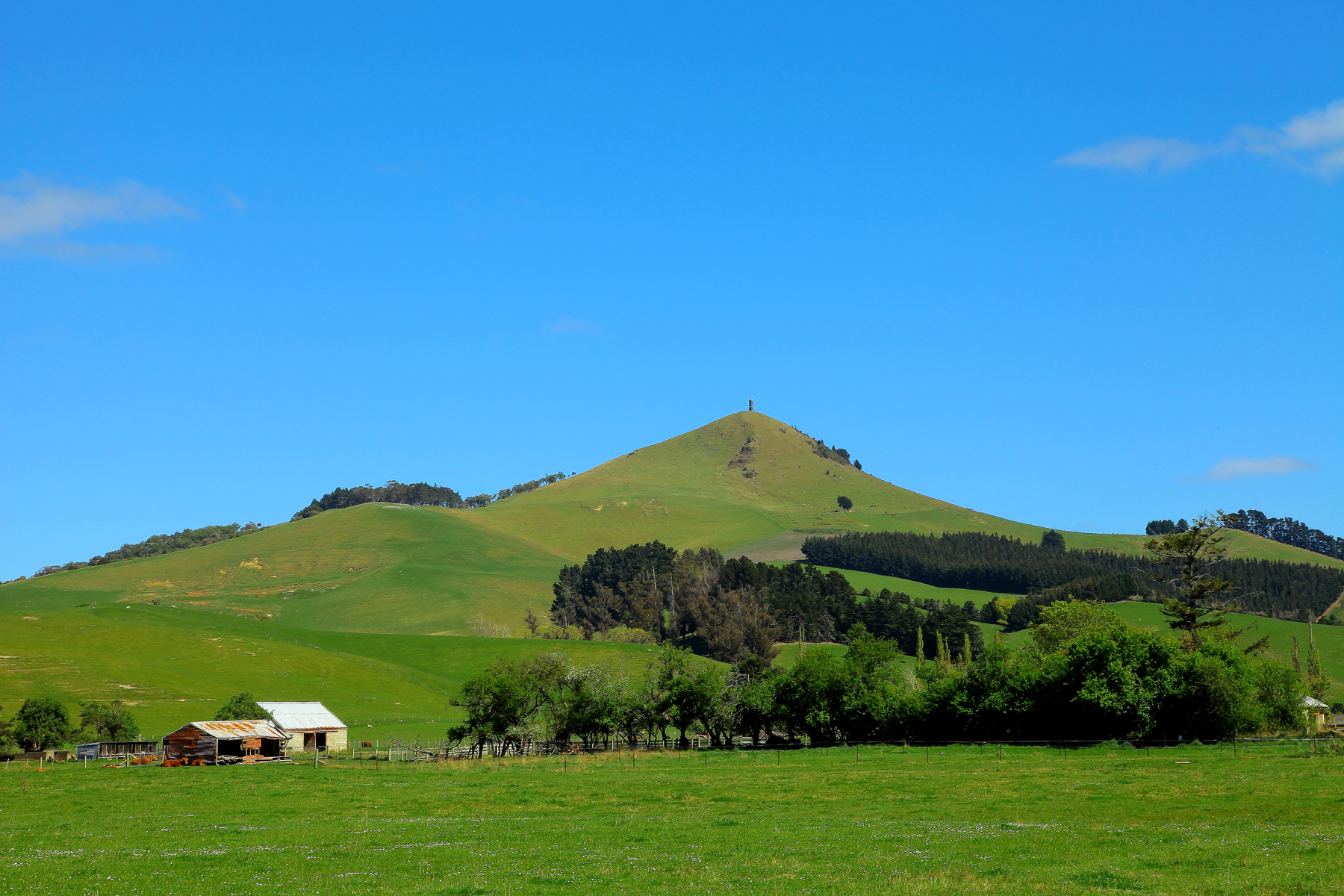 Helen Jansen was on Real Radio 104 and talked about what a Geopark is and its great opportunities for the community.

Lisa Heinz was on Real Radio 104 and talked about the Geopark App, which is designed to guide you to the cultural, geological and natural highlights of our Park.


The story of the Waitaki Diatom

Here in Waitaki, we are surrounded by beautiful hills and mountains, bordered on the east by the vast Pacific Ocean. Did you know that the Ocean has played a huge part in the formation of the coastal hills and plains? As people wander the streets of Oamaru, fascinated by the heritage and beautiful buildings, many are unaware they are surrounded by the fossil remains of ancient water creatures, the Diatom. So what is a diatom? Lets take a closer look...


How to make your own volcano

Our Geoeducator Sasha shows you how to make your own volcano!

Our public talk series continued with David Barrell joining us on the 15 October at the Oamaru library. 'Visit Gondwana - without leaving home' looked at New Zealand’s geological origins, which go back more than 200 million years, to when it was part of the Gondwana supercontinent. The familiar greywacke rock of the Waitaki area was formed in Gondwana, and is being recycled into new geological deposits. Learn about the rich geological history preserved in the Waitaki area, in a journey from Gondwana to today.

Our public talk series wrapped up for 2020 with Gareth Boyt joining us on the 19 November at the Oamaru Library. 'Ki Uta Ki Tai - Everything is connected' looked at our unique species and their connection to the Geopark, interactions within ecosystems, traditional ecological knowledge and how understanding the past will help us to deal with the future!

Our public talk series continued with Nick Mortimer joining us on 18 March at the Oamaru Library. In this illustrated talk, Nick will described the various satellite and ship tools that are used to explore the seafloor and obtain undersea rocks. He also explained how the big continental picture was assembled from many details, and gave insights into the making of new maps of Zealandia.

Our public talk series continued with Dr. Clement Lagrue joining us on 15 April at the Oamaru Library. 'Limestone ecosystems - Unique ecological values yet overlooked and endangered' will give you a background on limestone ecosystems and their ecological and cultural values. Clement also discussed past and current threats on these systems and introduced conservation / management work and research projects to help management.

Our public talk series continued with Keren Mackay joining us on 20 May 2021 at the Ōamaru Library. Learn more about a limestone cave, a Totara tree and some surprising stories of those who have passed this way.

Our public talk series continued with Mike Gray joining us on 17 June 2021 at the Ōamaru Library. Learn more about a farming community that treasures its limestone landforms, the unique treasures within and the stories passionately shared with visitors.

Our public talk series continued with Henry Gard joining us on 15 July 2021 at the Ōamaru Library. Learn more about some of the amazing fossil discoveries that have been made in the Waitaki Valley and hear about the paleontological significance of some of the geopark's sites.

Your observations can help scientists and resource managers understand where and when organisms occur. Log your observations with iNaturalist and contribute to scientific data repositories, or connect with experts who can help you identify the organisms you observe.

Did you feel an earthquake? Log a ‘Felt It’ report with Geonet. By logging the intensity of the shaking you experienced, you can help GeoNet understand the extent of ground shaking and damage resulting from a particular earthquake. It only takes about 30 seconds! Visit GeoNet online, or log your observations and view recent earthquakes in New Zealand on the GeoNet app for iOS or Android.

Use the online form to report a marine mammal sighting and help to inform the development of protection measures for marine habitats.

Record your sightings of amphibians and reptiles using the card available online, and contribute to our understanding of the distribution of species, identifying un-defined species, monitoring introduced species, and preventing the spread of new, accidentally introduced species.

Record observations of phenology—plant and animal life cycle events—and help to better understand how these are influenced by variations in climate.


NIWA How Deep is the Snow at Your Place?

Measure the depth of the snow and report it online to help NIWA map snowfall at low elevations, important for monitoring water resources and snow-related risks.